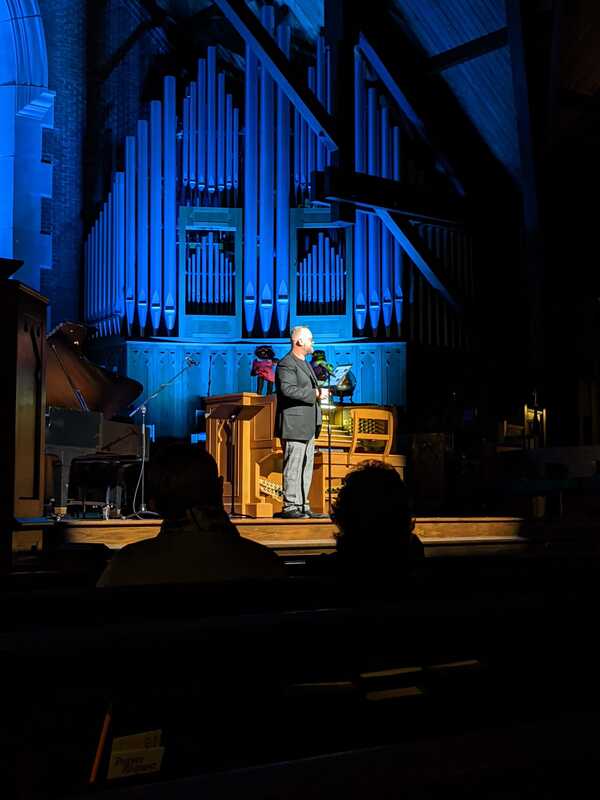 Christopher-Joel Carter is an organist and pianist of infinite versatility, and is a master of multifarious genres. His certain virtuosic, provocative, and diverse keyboard craftsmanship has sent him around the world and has made him a favorite among local audiences, and many celebrities alike.

In 2008 Christopher- Joel won first place in the Liberace Piano Competition, and he is the reigning champion. Formerly a regular in the Las Vegas music scene, he has performed there as the headlining pianist at the M Resort, and as guest artist at many other casino/hotels.  He has shared the billboard with Natalie Cole, Alan Jackson, ABC, Wang Chung, Marie Osmond, Cutting Crew, among myriad others.

In 2013, Christopher made his collaborative debut with flutist Jeremy Benson at Carnegie Hall sharing the music of elusive Japanese composer Yuko Uebayashi, and Cesar Franck.  His expertise of the flute repertoire has brought about many collaborations with some of the world’s virtuoso flutists, in concert, festival, and institutions.  In 2021, they won second place in the Music International Grand Prix.

He is the principal organist and pianist at Trinity United Methodist Church in Huntsville, Alabama, a position he began in 2016.  There, he oversees the beautiful Moller pipe organ, and the Baldwin Concert Grand Piano.  At Trinity, he is the founder of the very popular and regarded Trinity Keyboard Series, a concert series of seasonal performances and collaborations featuring Christopher’s unique style of entertainment, and his talented friends.


In scholarly work and research, most interestingly, he acted as a consultant to composer Jake Dickerson in the first in-depth project/dissertation on the music and theoretical processes of Fred Rogers’ (Mr. Rogers’ Neighborhood)  over 400 compositions.